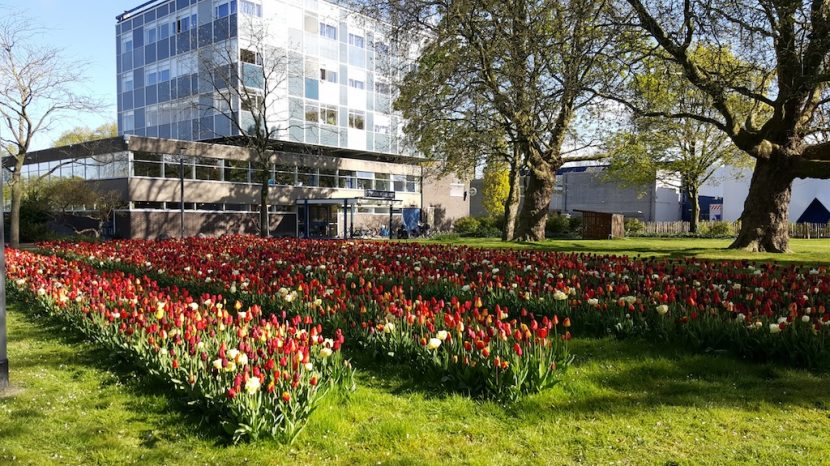 Tulips with a European touch

During the Tulp Festival Amsterdam (Amsterdam tulip festival), held 1-30 April 2016, you can admire various tulip gardens and enjoy walking routes highlighting tulips through the city. Marineterrein Amsterdam will also have thousands of inviting tulips in bloom. This year’s theme is: Europe.

The Netherlands holds the presidency of the European Union for six months starting from January, and thousands of civil servants and ministers will be meeting at the Marineterrein. To celebrate this occasion, tens of thousands of tulips have been planted at the Voorwerf, including a specially designed European mixture representing the various countries. Of course the yellow-and-red Holland Queen is there, along with the red ile-de-France, the white double tulip Verona, the red-and-yellow Denmark, the purple Barcelona, and the Banja Luka, a fantastic tulip with red and yellow ‘flames’.

Our Europe-themed tulips can be admired every day, with the exception of the following dates: 11 to 15 April and 18 to 23 April.

For other tulip gardens and tulip routes through the city, seewww.tulpfestival.com.