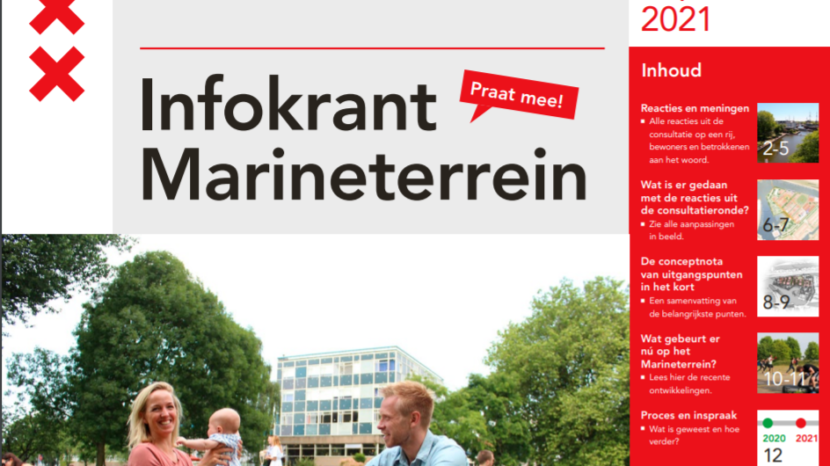 Next steps in the decision-making process

The planning and decision-making process of Marineterrein Amsterdam is now in its second phase. Earlier this year, the municipality asked both the people in the neighborhood and community of the Marineterrein to respond to future plans during several ‘buurtgesprekken’.

As a next step, the municipality will adjust the Nota van Uitgangspunten (Memorandum of Principles), which will be presented to the council and the public later this year. Last week, the municipality published another information paper about the current plans and the people’s reactions;

How the developments started;

How the Planning and Decision-making process is carried out by the Municipality of Amsterdam;

A new military base
Defense is currently preparing for the construction of a new, compact military base in the northeast corner of the Marineterrein. This also includes a sports field that residents of Amsterdam can use. The new base is expected to be completed in 2027.

Read: The development of a new urban district.
View: Q&A