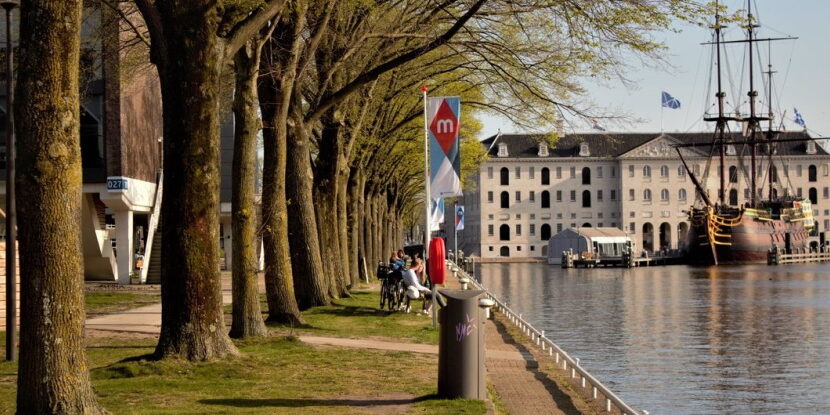 Marineterrein Amsterdam will turn into a green city district with approximately 800 homes, 2300 workplaces and a city park.

Plans for the future Marineterrein were presented last week by the Amsterdam Municipal Executive in the draft ‘Nota van Uitgangspunten Marineterrein Amsterdam’. The plans devote a great deal of attention to the quality of life and sustainability in order to achieve the 2050 climate goals. You can comment on the plans until 17 January 2022.

‘Together with the community, we strengthen the importance of the Marineterrein as a test and innovation area for societal solutions.

The draft NvU for Marineterrein Amsterdam is a product of the Municipality of Amsterdam and has been drawn up together with the government (Ministry of Defense and Rijksvastgoedbedrijf). Bureau Marineterrein and the Marineterrein Community have also provided decisive input for the future Marineterrein.

As a result, for example, a different division into functions has arisen in the NvU; instead of 70% working, 30% living, there is now a division of 40% working, 40% living and 20% learning. Another important added point is the curatorship that must ensure that the significance of the Marineterrein as a test and innovation area for societal solutions is also guaranteed in the future.

What is the Nota van Uitgangpunten (NvU)?

The NvU is the guiding framework for the further development of the area. Part of this is formed by the urban planning framework; the physical contours within which the future Marineterrein will take shape. After the consultation, the NvU will be included in the Projectnota that will be drawn up by the municipal council.

Do you have questions about the above? Let us know!